A balanced diet will contain many different fats and oils.  The commonest type of molecule in these lipids is called a triglyceride.  They are made from a small molecule of glycerol attached to three fatty acids. 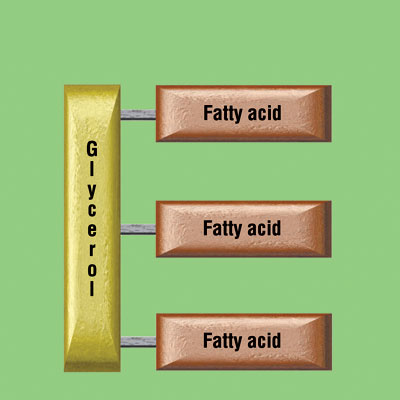 These triglycerides are too large to be absorbed in the small intestine (ileum) and so need to be broken down into their constituent parts.  In the digestive system there are enzymes called lipases that can catalyse the digestion of lipids into fatty acids and glycerol. 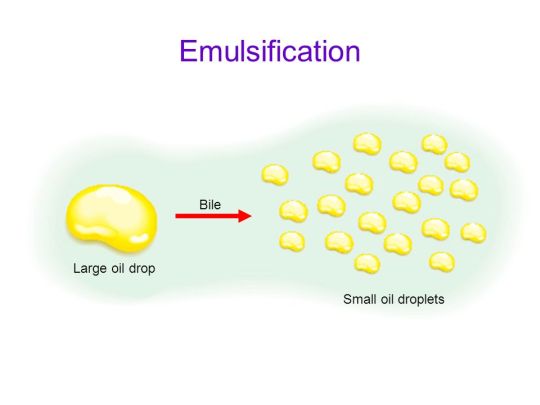 Fatty acids and glycerol molecules are small enough to cross the epithelium in the villus in the ileum.  This absorption of fatty acids and glycerol is slightly different to the other products of digestion as they do not pass immediately into the blood.  They are assembled immediately into structures called chylomicrons and these move into the single, blind-ended tube in the villus called a lacteal.  The lacteals merge together into lymph vessels that eventually empty into the blood in the neck.  (Please read my post on absorption in the small intestine to read more about this)