A few breakfast thoughts about “Spectre”…. No spoilers I promise. 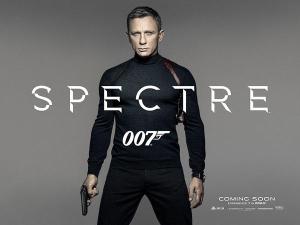 Sam Mendes continues to probe the Bond backstory in this excellent film.  The film contains enough references to some of the earlier works to keep even a true “Bond-nerd” like me happy.  There are small nods to Live and Let Die, OHMSS, From Russia with Love, ThunderBall and others all cleverly woven into a totally preposterous new story.  I felt that whereas Skyfall felt like something new for Bond, this film is very much meant as a return to the core values of the franchise:  exotic locations, cinematography, beautiful cars, a gorgeous female lead, black tie and ball gowns, Martinis.  There is even a villain with a white cat.

If Skyfall proves to be the high water mark of Bond (it is still my favourite Bond movie to date) then Spectre falls in only just behind.  Daniel Craig gives a superb performance of a cold, damaged man but still with an occasional warm glint in his eye.  He is ably supported by three great performances by the actors playing M, Q and Moneypenny.  All three hold the screen, Q in particular having the best one-liners and now even an action sequence in a mountain-top alpine health clinic.  The French actress Lea Seydoux playing the female lead is certainly a match for Bond on screen and the best scenes in the film are once she gets involved.  Her character like Bond’s has been damaged by life, her acting is great and she is certainly beautiful, very, very beautiful.

So why not 5 stars?  Well it comes down to just one thing.  Plot.  I know that having one that is terrible is also in the spirit of the earlier films but the plot here is so ludicrous, and the character of the villain so unexplained and unexplored that I could not give this the highest rating.  Blofeld is a cartoon baddy of course and the actor does his best with what he is offered, but the silliness of the story prevents this being a truly great film.  For me, Spectre also lacks the spine-tingling moments that made Skyfall so amazing.  I always shiver when the old DB6 appeared behind the garage doors and even its customary appearance here failed to make my hairs stand on end.  Indeed this is perhaps the main problem with this film – beautifully acted, great cinematography and locations but where are those special moments that make you smile inside?