Before you can look at the science of climate change and how human activities are causing it, you first need to accept that we are currently undergoing a period in which our climate is changing at an unprecedented and rapid rate.

What would you expect to see in a warming world? 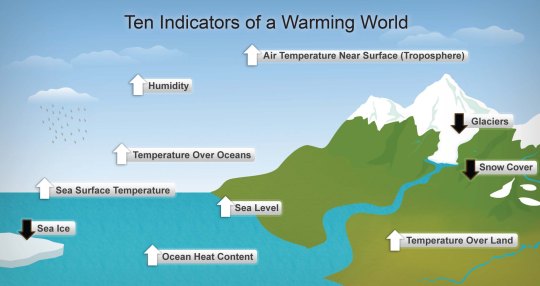 Well the first and most obvious point is that you would expect to see measurable changes in land and sea temperatures.

All three of these graphs represent in different ways the changes in temperature over the past century or so.  It is true of course that there have been times in the past when global temperatures were much warmer than they are now but the rate of change seen since the Industrial revolution is totally unique in the 4.6 billion year history of our planet.

The top ten hottest years on record have all happened since 1998. 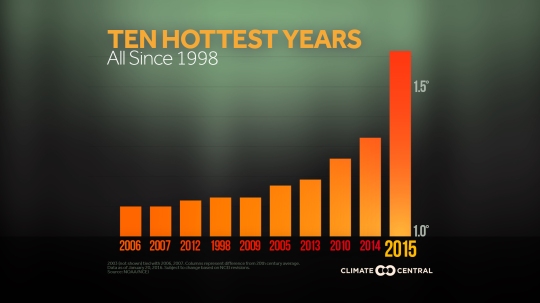 There is excellent evidence from all over the planet of glaciers shrinking; polar ice caps are shrinking and it may be that the North Pole is free of summer sea ice for the first time in 100,000 years some time in the coming decades.  (This is controversial as it is a prediction based on computer models of future climate: different models make different predictions and with a system as chaotic and interwoven as global climate, it can be very difficult to predict)

As the oceans have warmed, this has impacted on extreme weather systems.  This graph shows the incidence of North Atlantic Tropical Storms over the past century or so.  It has continued to rise since 2007…..

When you look at all this evidence, it is hard to believe that our climate has been stable over the past century.  In fact very few people try to dispute the fact of climate change.  The dispute is whether human activities are causing this climate change and indeed whether it matters…..  I hope in later posts I can convince you the answers to these two questions are yes and yes.